After the occupation of Dacia by the armies of emperor Trajan, one of the Roman legions, the 13th Gemina, was brought on the territory of the city that was to receive the name Apulum. After a first phase in which the legion built a wooden castrum, the construction of a stone castrum followed, during the reign of emperor Hadrian, castra stativa (permanent castrum) which suffered different modifications under the following emperors. The fortificatgion was built by means of massive parallelepiped stone blocks (opus quadratum), extracted from the Apoita and Ighiu quarries, about 10 km north west from Alba Iulia. The plan of the castrum respected the pattern used since the republican era for such constructions, with a rectangular shape (of approximative 430 x 480 m in Apulum) and a gate on each side, as follows: Porta Praetoria, main gate placed in the middle of the eastern side; Porta Decumana, placed in the middle of the opposite side, the western omne; Porta Principalis Sinistra, on the northern side but at two thirds distance towards east; Porta Principalis dextrs, placed symmetrically in front of the sinistra, on the southern side.

This gate on the right, Dextra, is the only one that was preserved, although the remained vestiges show us just a small part of the ancient aspect and about a third part of its elevation from 18 centuries ago.

The gate itself is flanked by two massive rectangular towers that were over 8 meters high. The opening of the gate is 12,35 m, having in the middle a pillar that marks two entries. The walls, on each side, were 7 m high and 2 m thick with a foundation of over 2 m. In front of the gate there was a wide moat, about 5-6 m deep, shaped as a reverse trapeze. Beyond the gate, the civil settlement began, several constructions from that period being identified in that area.

Being placed in an area unoccupied by other constructions, the gate was, for a long period of time, the best and the most researched sector of the Roman Castrum. A small part of the gate was restored in order to offer the visitors a more coherent image of the monument; the new stone blocks are easy to identify according to their whiter color.

The most visible trace of the Apulum Castrum is the gate on the southern side named Porta principalis dextra. It is the only one of the four gates of the rectangular castrum that was preserved until nowadays.

The monument, of a great importance for the ancient history of the Romanian space, is highlighted inside the Three Fortifications Tour, arranged in the southern and south-eastern side of the Alba Carolina Citadel.

The vestiges present us only a small part of the former aspect of the gate and about a third of its 1880 years elevation. Nevertheless, it is a living testimony of the Roman civilization in this area and is about a flourishing period of the ancient Apulum.

Porta Principalis Dextra belongs to the double gates category and in the past it was limited by two over massive towers of 8 meters in height. The walls on each side of the gate were about 7 meters in height and 2 meters thick.

What was beyond the south gate of the castrum? The civil settlement began here. As a proof we have the traces of the constructions from those times brought to light by the archaeologists.

In order to offer the Romanian and foreign visitors an image of the gate as coherent as possible, the restoration team recomposed elegantly a wall using stone blocks from almost two millennia ago and new ones, easy to identify because of their much whiter color. In other words, they brought in front of the visitors a palpable testimony of the settlement in Apulum built by the 13th Legion Gemina that remained in Dacia during the entire period of the Roman occupation. 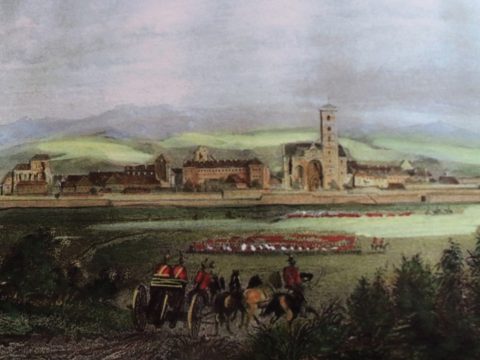 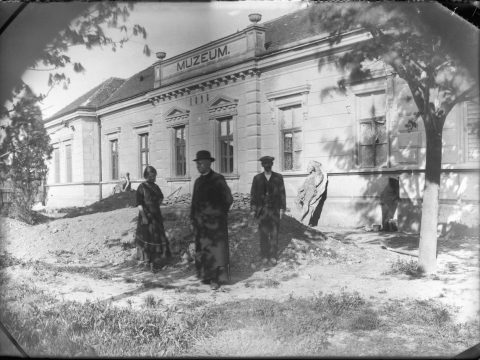 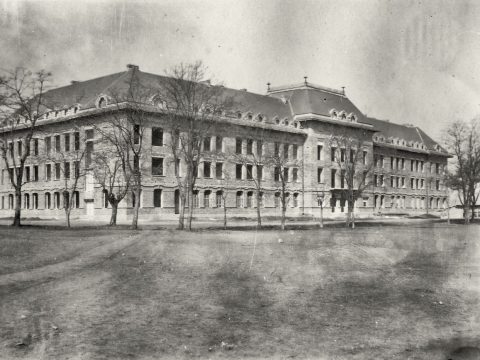 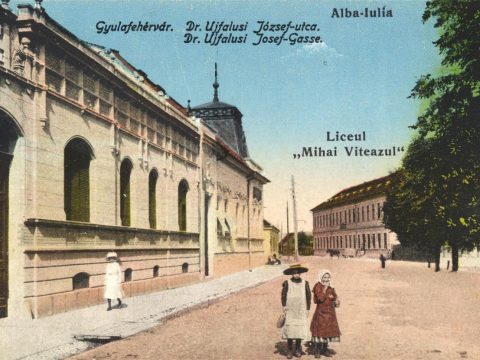